The process of getting child custody if you are unmarried in Texas is difficult. This is because there are certain extra steps you have to take to prove the child’s paternity. In Texas, the law states that the mother has automatic custody in a situation where the parents are not married. The father usually has limited rights concerning the child even if the father’s name is on the birth certificate.

The Rights Of The Unmarried Mother

The Rights of The Unmarried Father 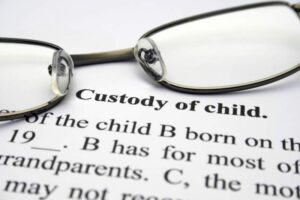 It also includes the results of any genetic testing. Both the father and the mother will have to take a DNA test. A court order is enough to make a mother that does not consent to a DNA test take a DNA test. A presumed father is the man who is married to the mother of the child but is not the biological father of the child. The presumed father often signs a denial of paternity when the biological father is trying to prove paternity. Either parent of the child can file a paternity suit if the other parent refuses to sign the acknowledgement.

The court determines custody, visitation, and child support after paternity has been established.  In Texas, either one or both parents can be designated as conservators of the child. In most cases both parents are appointed as joint conservators, which means that both of them have the right to participate in making major decisions for the child. The mother and the father can reach an agreement over these issues without going to court, but a judge has to approve the settlement.

A settlement that is in the child’s best interests is more likely to be approved by a judge. However, only one parent (primary conservator) has the right to determine the child’s primary residence and receive child support. The other parent (non-custodial parent) retains child possession rights (or visitation rights)